With the complicity of Nuria Medina and Elena González from Casa Árabe.

In May 2017, our mobile kitchen “took over” the Casa Árabe central exhibition hall, and we held the “Cooking Madrid_Cooking Beirut” event.

After the usual round of presentations, we shared a series of photographs, video clips, interviews, and videos produced in Lebanon, as part of the fieldwork carried out in the Aqoura village, in the Lebanese mountain.

How food has been transformed in modern times, what were the strategies between the peoples for the provision of food during the war years, how the summer food was preserved for the winter, or what differences, similarities, and relationships exist between the countryside and the city when it comes to sharing meals. These were some of the questions that were raised within the event.

Among the fresh food, we had on the large 8-meter table with a great variety of culinary objects (wooden spoons, colanders, mortars). That was the place for cutting, peeling, mixing, and tasting. In the same vein, some stories and trips to the Middle East were heard, as well as ingredients and recipes known to both areas, the Spanish Mediterranean and Lebanon.

Next to our kitchen, we set up an exhibition “ritual” table, where we placed a series of Lebanese publications (books, magazines, fanzines, postcards), as well as significant elements of Lebanese cuisine.

Once the meal is finished, and as a “procession”, we move the tables, chairs, trays, and plates to the entrance of Casa Árabe, to eat outdoors and share the moment of tasting what was cooked among all the people who participated in the memorable event. 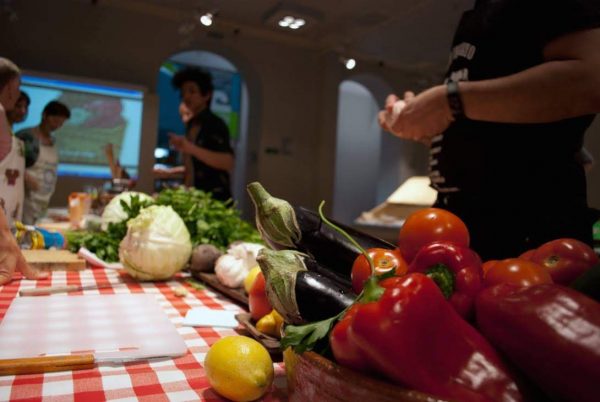 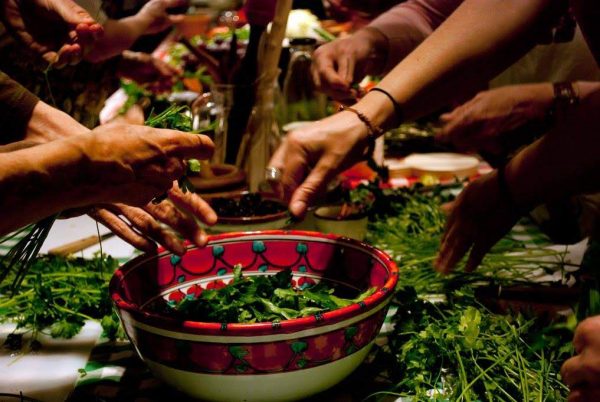 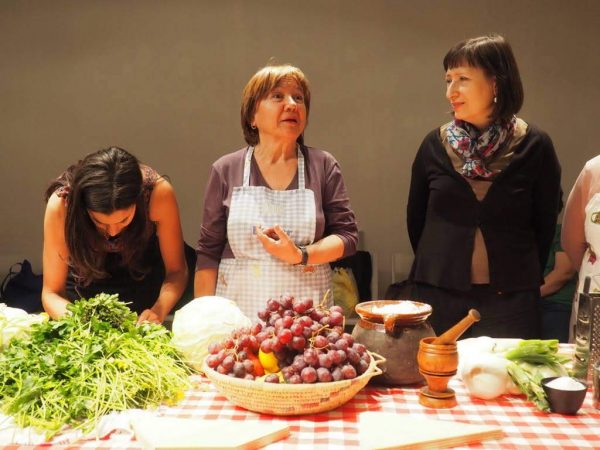 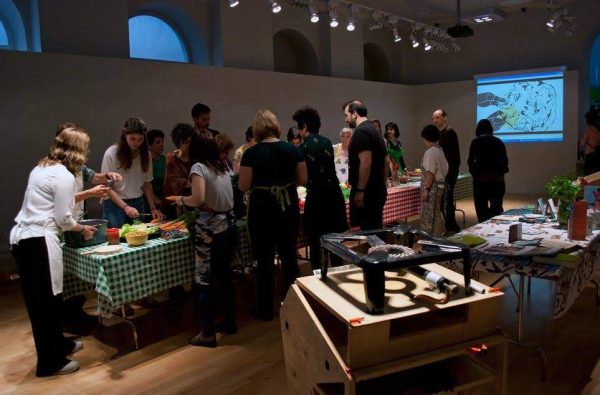 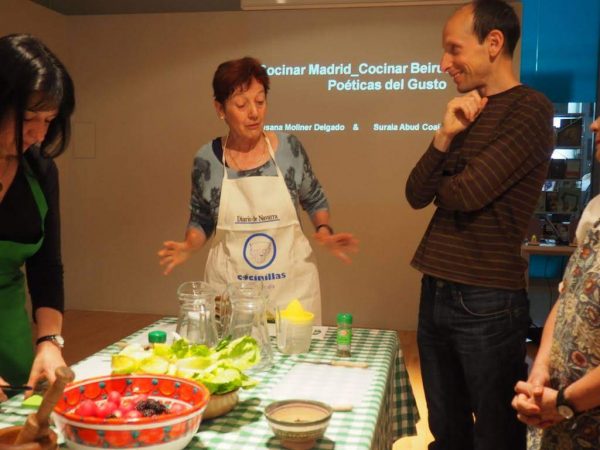 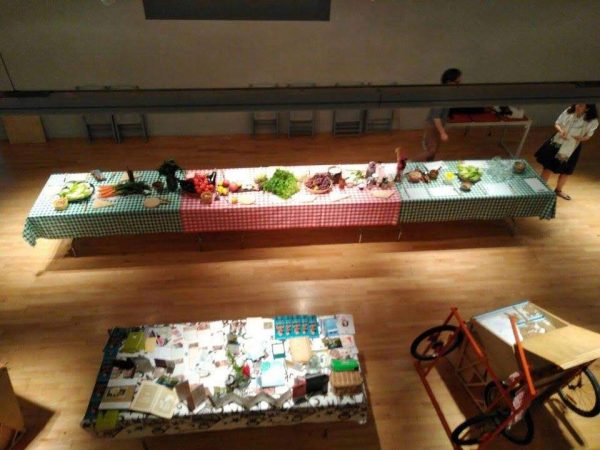