The magic of Grigri lies, in part, in the fact of sharing with others a process of collaborative imagination, creation, and construction. In this collaboration, knowledge, ways of doing, and visions about the city, its common spaces, and what it is that we believe cares for us and protects us as inhabitants of those spaces are exchanged.

But for this exchange to take place, as Simón Njami said in the seminar that took place in the framework of the October 2017 workshop in Madrid, there needs to be a recognition of the other: only when we recognize others as equals, as one itself, we can embrace and apprehend all that it can offer us. And vice versa. At that moment is when the Grigri’s magic begins to activate.

For this reason, although the construction workshop began on November 2 in Hangar, in reality, the Grigri del Passatge Trullàs started much earlier, almost a year before, with the first conversations we had with the residents of the Taula del Eix Pere IV to explain our project and explore the possibilities of collaboration.

Playful and inter-generational banks. Mobile, luminous, interactive, and self-sufficient gadgets by incorporating led lighting powered by self-produced solar panels and installed in the banks themselves. They can be combined in a thousand ways to adapt to the changing needs of neighbors and changing space.

Interviews with Irene Rocher and Adrián López, collaborators in the workshop and with Modou Ngom and Zineb Fasiki, makers and African artists invited to the workshop. 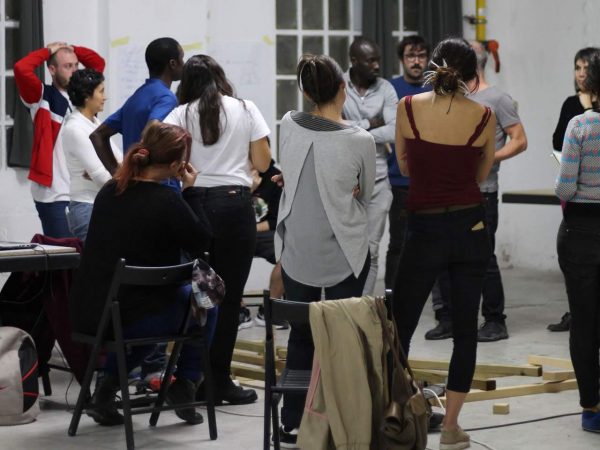 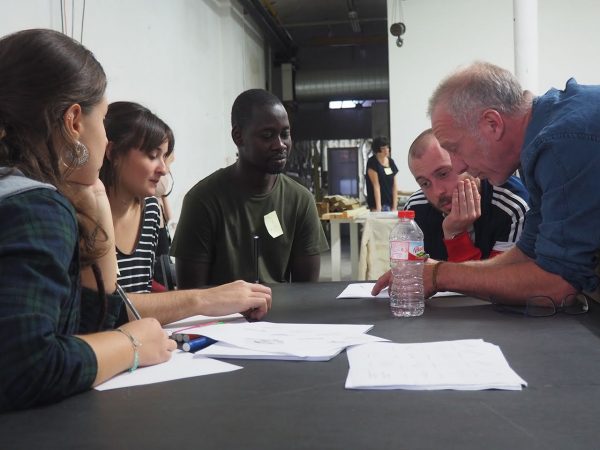 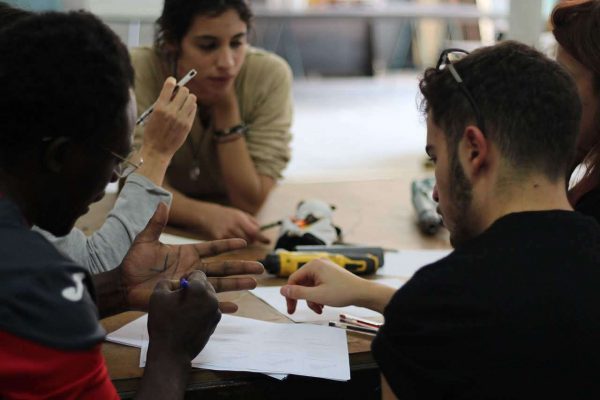 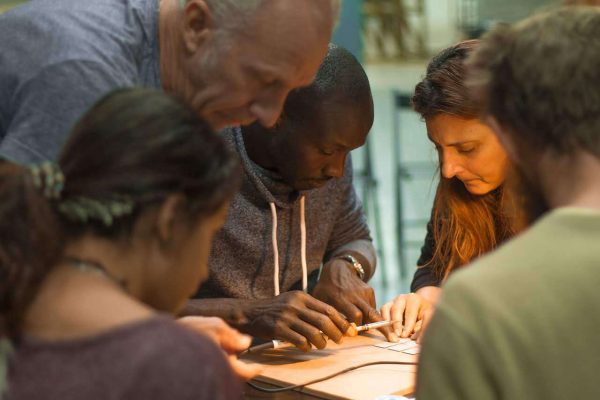 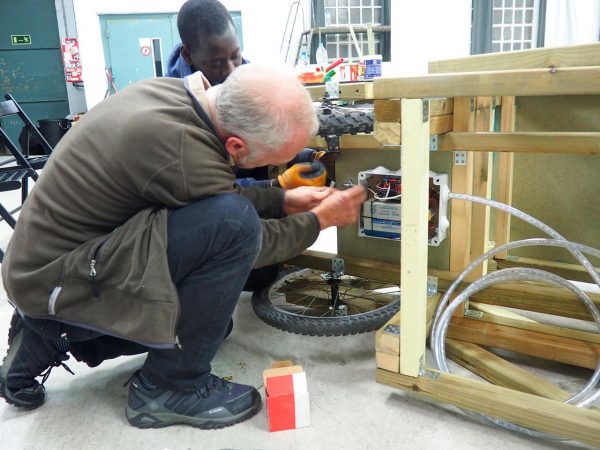 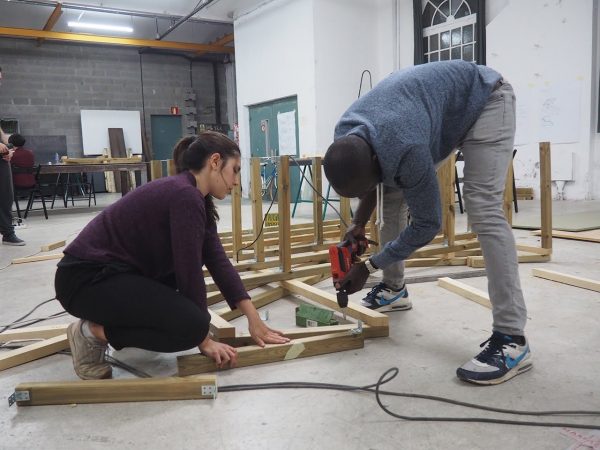 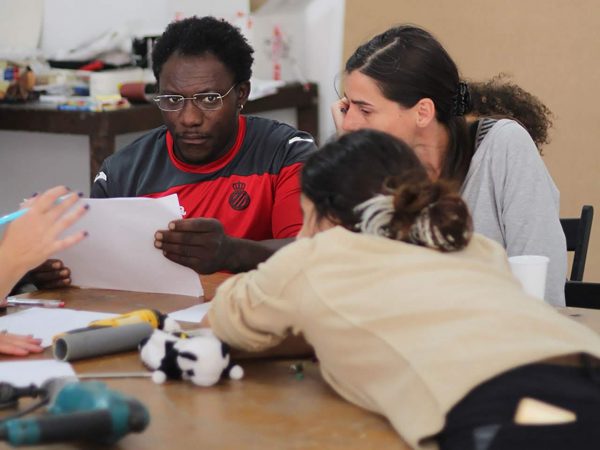 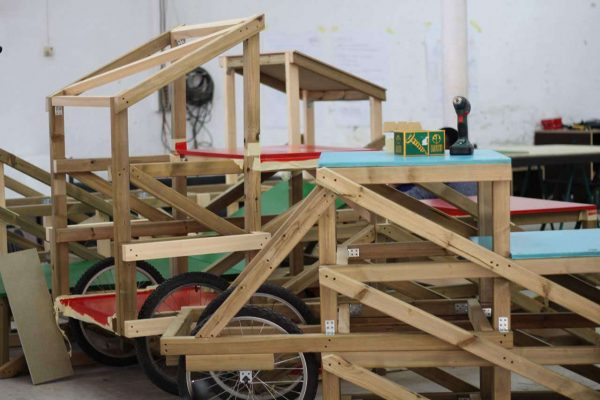 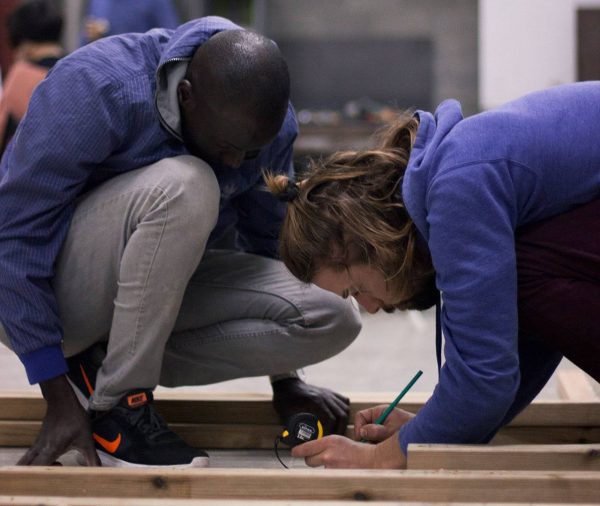 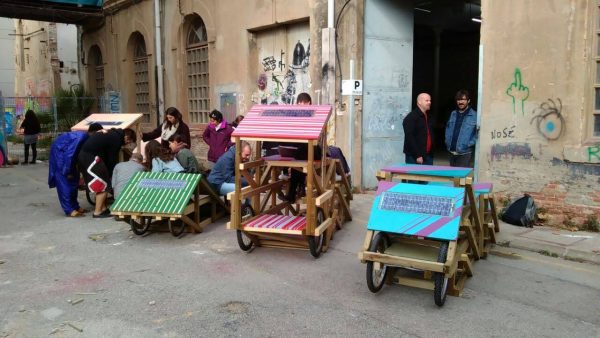 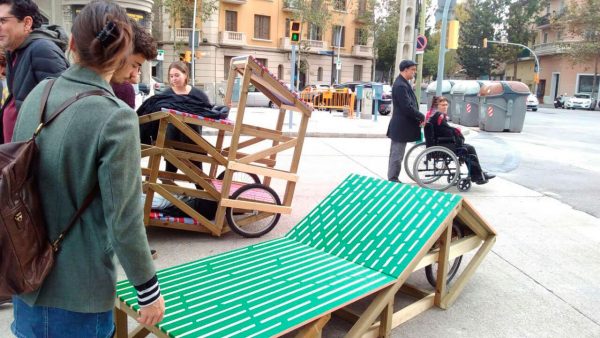 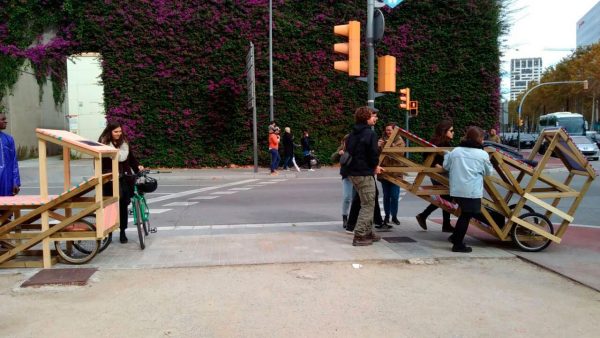 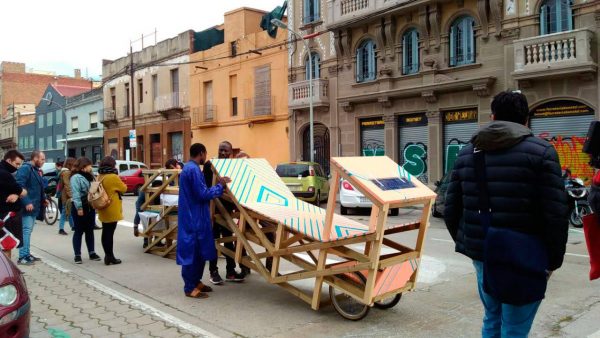 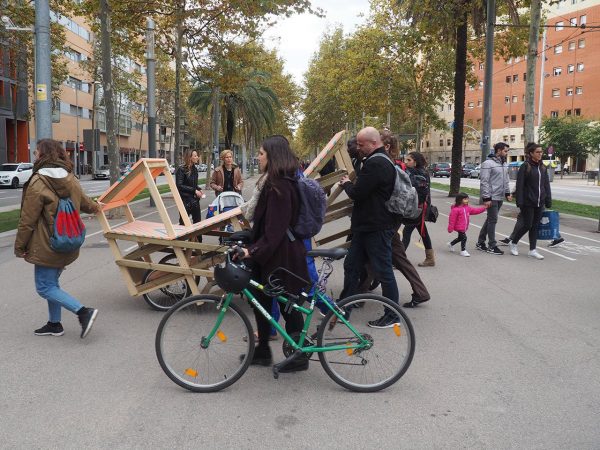 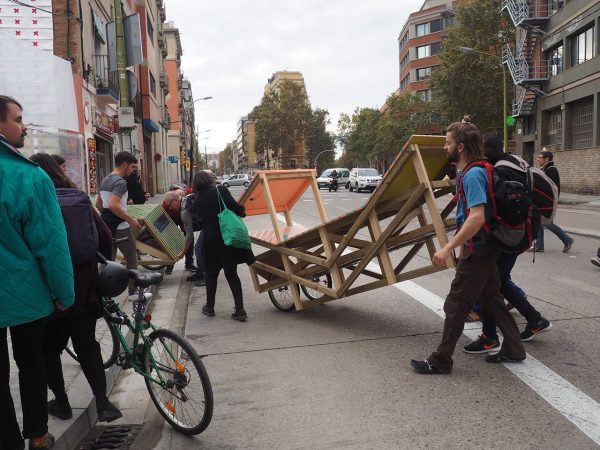 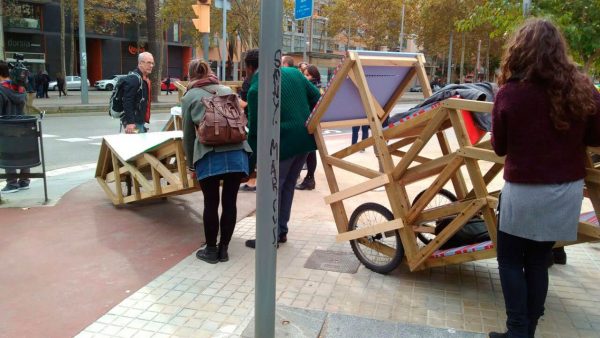 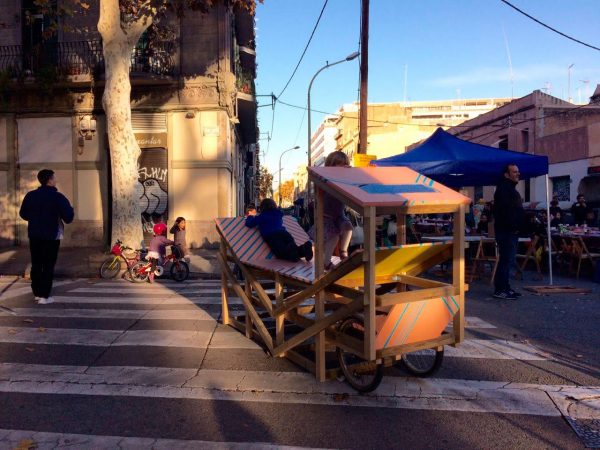 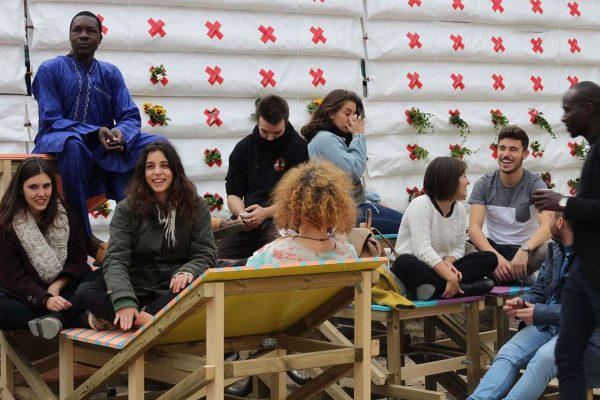