Within the framework of the Festival Afropixel, the second Grigri Pixel manufacturing experience took place in Dakar, between April 27 and May 3, 2016.

This festival, organized by Kër Thiossane, dedicated this fifth edition to reflection on the city, digital fabrication, and the production of urban common goods, an ideal context for this second stage of the project in which the Grigri Pixel team expanded with the incorporation of Adrián de Miguel, who joined to collaborate in registration and production tasks.

The manufacturing workshop was carried out based on the premise of retaking the rocking chair prototype capable of producing energy and lighting made in the Madrid workshop. The objective was to rethink the previously investigated system and adapt it to collectively design and build a seesaw capable of illuminating the Jardin Jet D’Eau, a community space managed by Kër Thiossane in collaboration with various neighbors within a block of houses in the Sicap Liberté II neighborhood in Dakar.

Thanks to the collaboration of 18 participants from 6 different African countries and with the essential support of Modou Ngom, a magical object was co-designed and manufactured for two weeks to illuminate the Jardin Jet D’Eau with the movement produced by the swing of the children when playing. 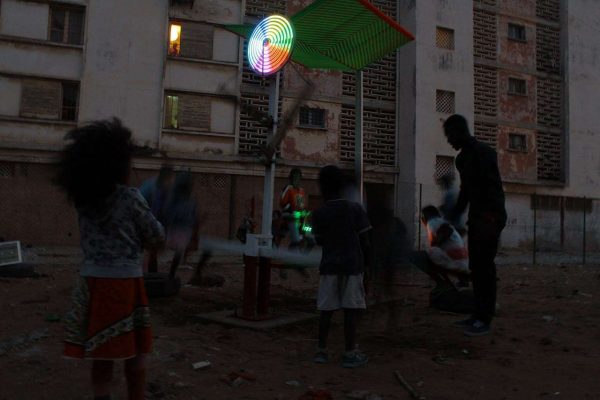 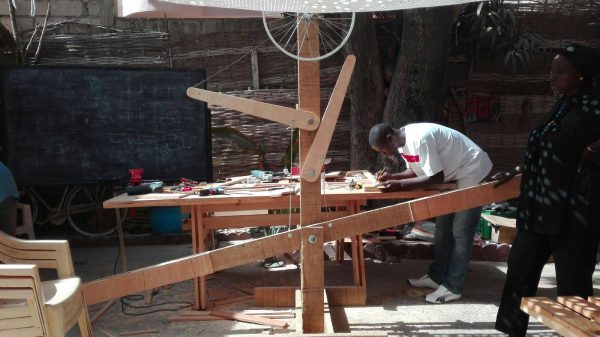 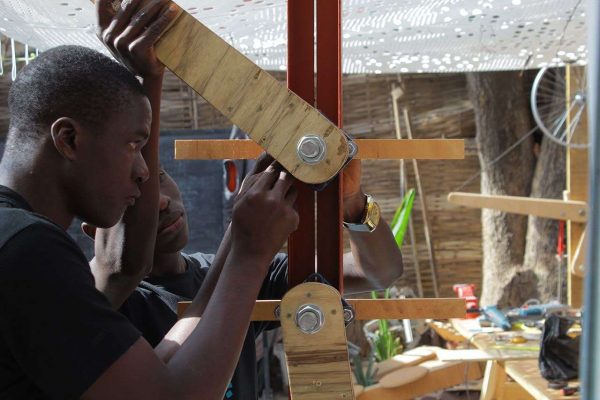 Up and down, see-saw, seesaw… Playful gadget capable of producing energy and lighting from the sway generated when playing.

Two weeks condensed into just under 4 minutes of video thanks to the Afropixel # 5 tv-web team.

Plans, assembly, and elements of the Grigri Thiossane.

Photographic record of the process of conception, materialization, and celebration of the collective amulet produced for the Jardin Jet D’eau.