At Grigri Projects we also developed the visual identity of the project “Haciendo Plaza” and the graphic line for posters, flyers and social networks.The logo is based on the flat shape of the Plaza Lugar Poetas, where the project took place.  The design was made thinking that it could be reproduced by means of templates, to facilitate its reproduction, and several versions were made, playing with three basic colours: cyan, magenta and yellow, which were combined in turn with three different patterns, or with its flat colour version. The idea was that the logo would reflect the multiple possibilities of use of the square as a public space. 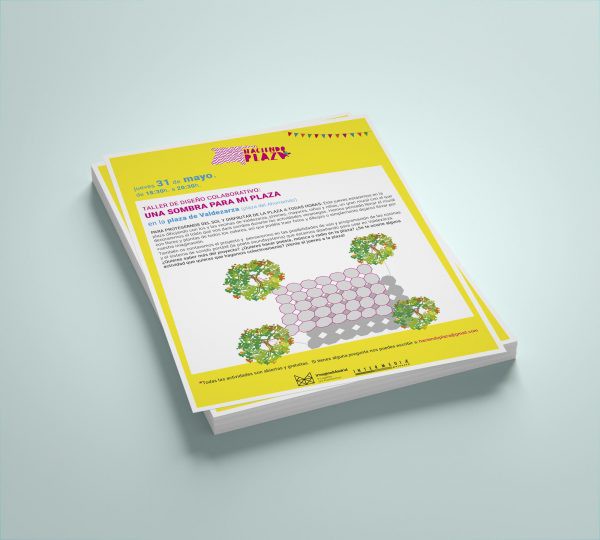 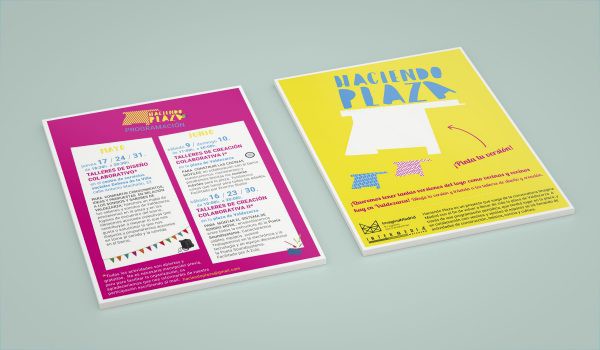 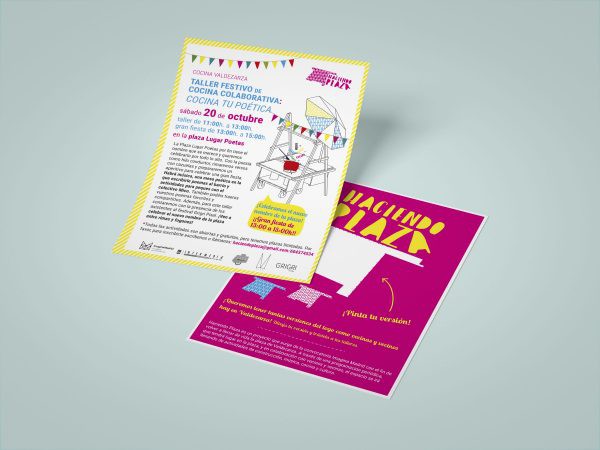 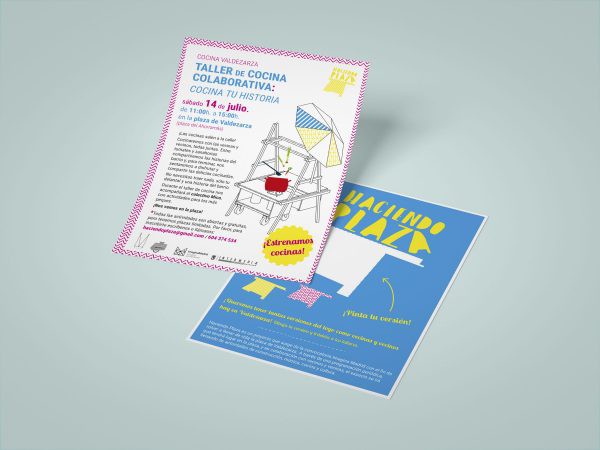 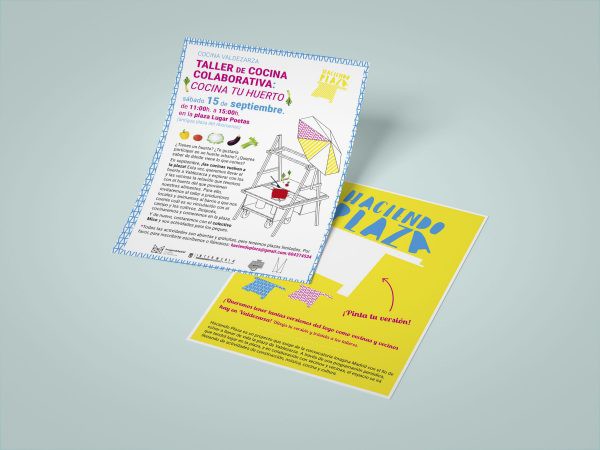 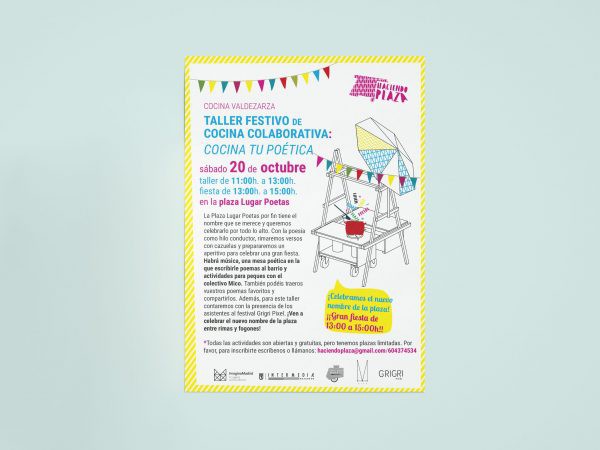 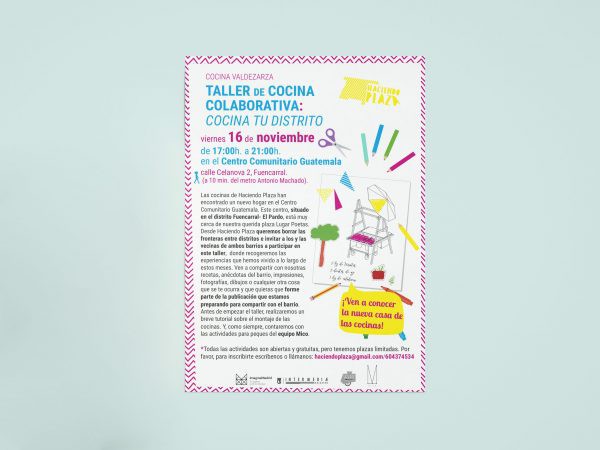 The fanzine “¡Valdezarza a la mesa!” was also designed and produced at the end of the project, bringing together some of the recipes, stories and images collected in the neighbourhood during the year of actions carried out.