The Last of Cienfuegos

The Last of Cienfuegos

Artistic intervention and participation tool to make visible the situation of populations affected by depopulation, from the point of view of their last inhabitants.

Proposal selected for the AlNorte 2010 scholarships and participant in the National Week of Contemporary Art of Asturias organized by the newspaper El Comercio.

The disappearance of traditional work in the fields, the decrease in the number of farms or the homogenization of an increasingly neglected landscape, all these warning signs in relation to the increasingly widespread process of depopulation of villages that does not so much while they were overflowing with activity, it is usually made visible in the media by publishing figures and statistics that daily life embodies in emptying entire populations. Another real and everyday image of depopulation remains invisible due to both physical and symbolic isolation. 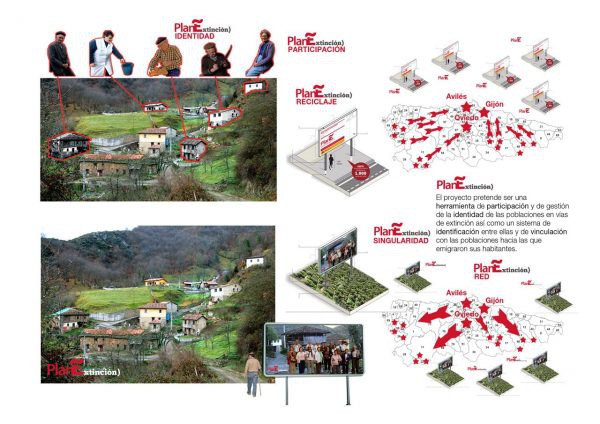 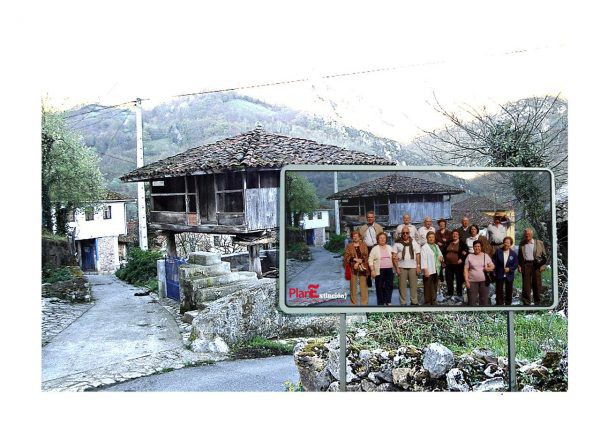 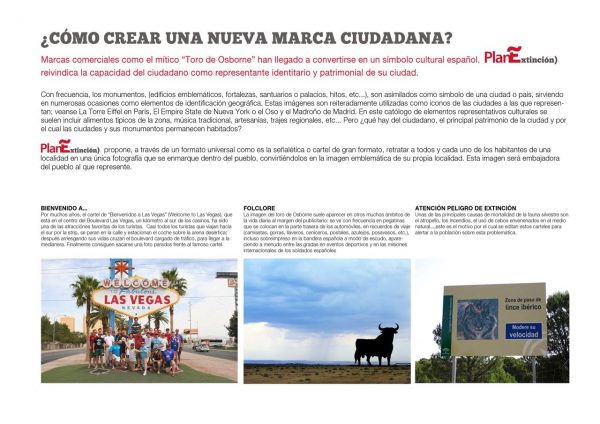 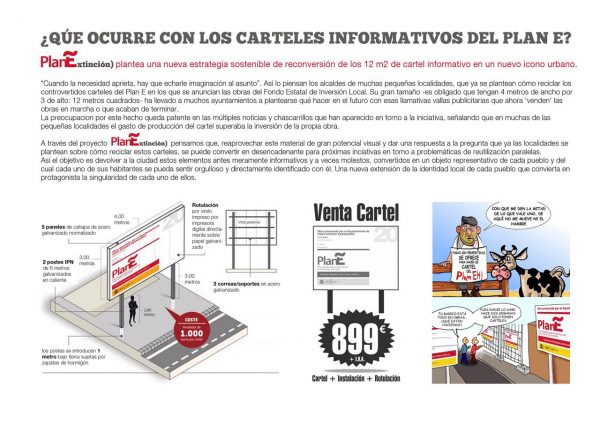 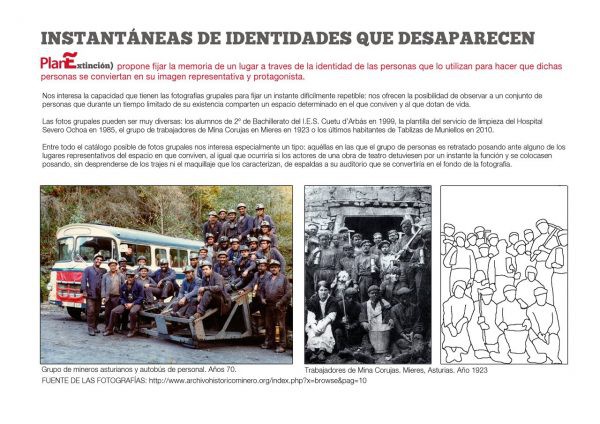 Many Asturian population centers are progressively abandoned or suffer from this depopulation and emptying process due to the emigration of their inhabitants to urban centers in search of better expectations. The last inhabitants of these places constitute the true representative identity of the resistance of a divorce between country and city.

The project Los Últimos de Cienfuegos tries to link the identity of this emptying Asturian town with that of its last inhabitants as a way of making this process of depopulation explicit, making it a hallmark of other places that also suffer from it.

To carry out this link, we are interested in working from the capacity of group photographs to fix a moment that is difficult to repeat; they offer us the possibility of observing a group of people who for a time of their existence share a space in which they coexist and which they endow with life.

THE PROJECT IN THE PRESS: 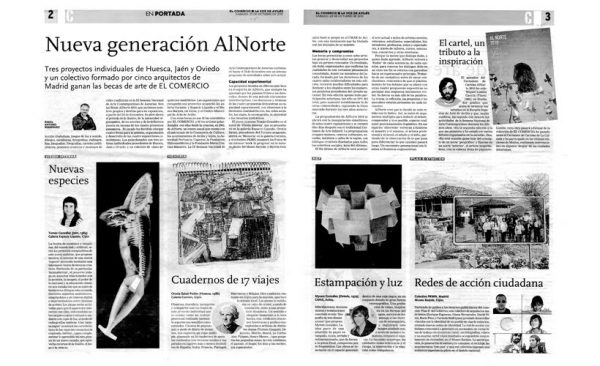 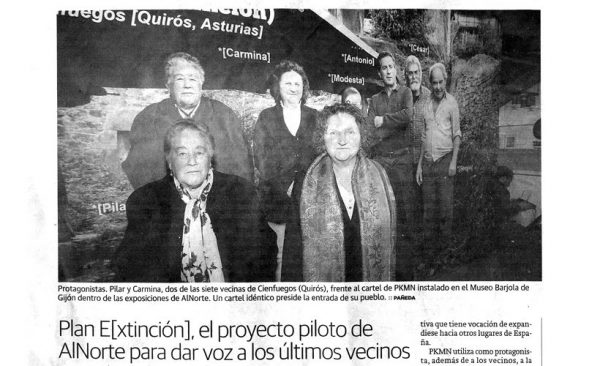 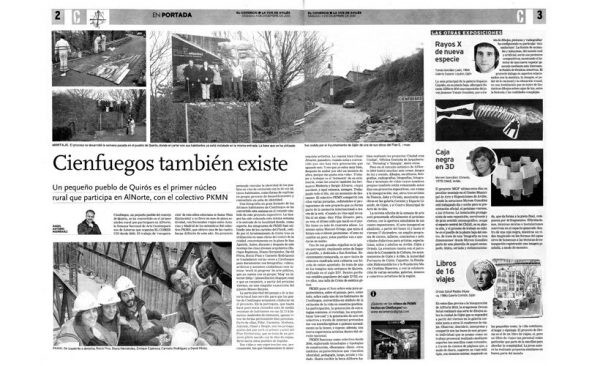 The group photos can be very diverse: the students of the 1999 class of the IES Cueto d’Arbás, the staff of the cleaning service of the Severo Ochoa Hospital in 1985, the group of workers from Mina Corujas in Mieres in 1923 or the last inhabitants of Tablizas in Muniellos in 2010.

Among all the possible catalog of group photos we are especially interested in one type: those in which the group of people is portrayed posing before one of the representative places of the space in which they coexist, just as would happen if the actors in a play stopped by for a moment the function and they were posing, without leaving the costumes or makeup that characterize them, with their backs to their auditorium that would become the background of the photograph.

PRODUCTION AND INSTALLATION PROCESS OF THE GROUP PHOTO: 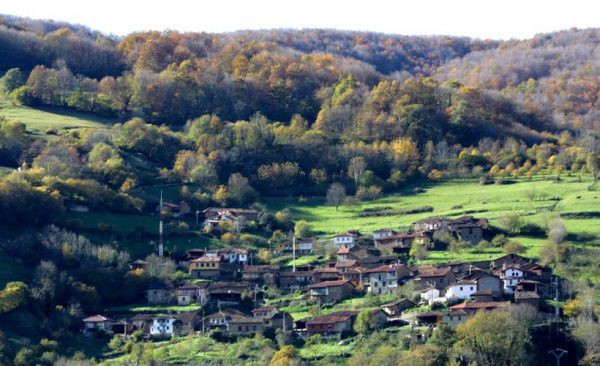 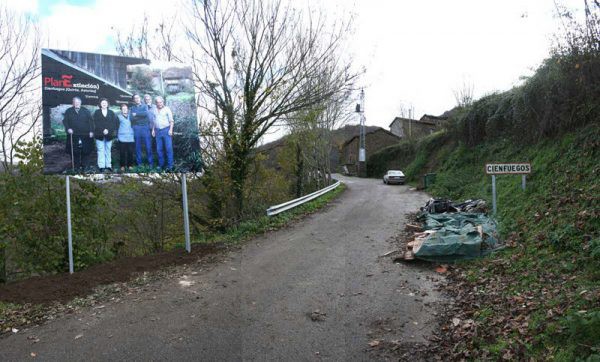 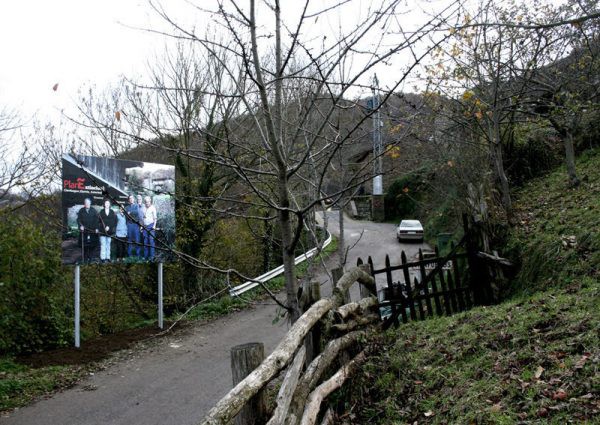 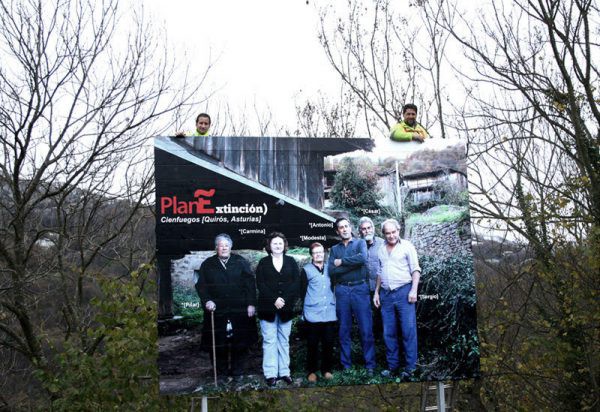 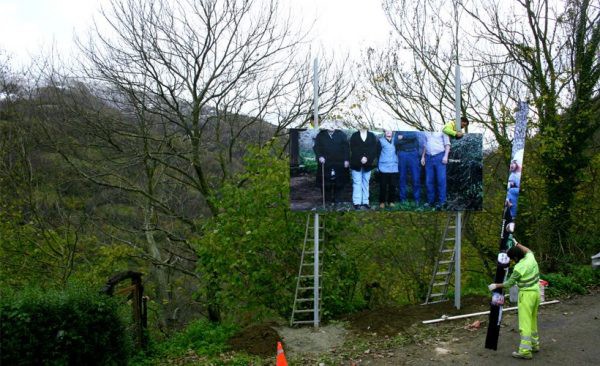 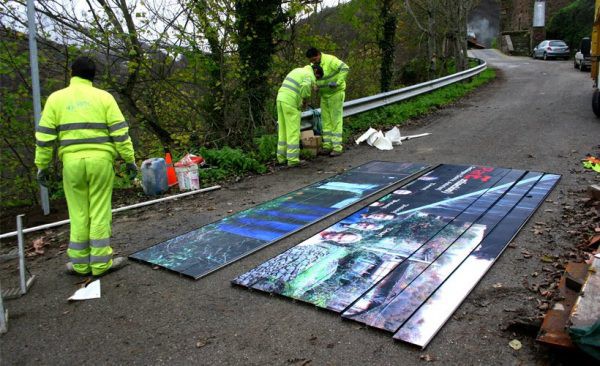 Thus, Los Últimos de Cienfuegos proposes to bring together the last inhabitants of this village to take a group photograph that uses as a background one of the multiple granaries that still resist standing in the town.

Said photograph will be reproduced on a large scale and placed at the entrance to the town using one of the many Plan E posters as a support, large posters that were obligatorily placed in all the works financed by this State Fund for Local Investment, without import the scope of the work, and that many times they incurred the paradoxical situation that the cost of the poster exceeded the fund allocated to the work to be carried out.

VIDEOS OF INTERVIEWS WITH THE PARTICIPANTS IN THE PROJECT: